Matthew has several variety shows that have performed around the country at venues such as The National Theatre, Happenings at the Harman, and the Maryland Renaissance Festival among others.

The Pirate Escape Show – Pirates are the scourge of the seven seas and the law is clear that they must be hunted down and captured.  It’s also clear that we all want to see them escape, to sail again.  Horatio Bachsjumpor, aka Captain Nobeard, will be shackled, chained, and secured in a crate. Can he slip his bonds and escape?

Absolutely Nothing – Daisy O’Danny and “That Guy in the Donkey Hat” want to make you a star! Come be a part of the show and brag to your friends that you were the funniest part of Absolutely Nothing!

The Apple and the Arrow – According to legend, William Tell used a crossbow to shoot an apple off of his son’s head.  Only a fool would try to recreate that feat by using audience volunteers. Matthew Pauli is that fool!

The Sword and the Stone – Long ago an ancient wizard declared, “Whoever draws the sword from the stone shall be the one true king!” A volunteer from the audience joins Matthew to help tell the story and find out what happens when the one trying to pull the sword is just a lowly fool.

Treasure Quest – A pirate-themed comedy magic show.  Matthew Pauli portrays Captain Nobeard, a swash-buckling, bumbling scoundrel of a buccaneer who has lost his treasure and his “X-Marks-the-Spot” map. Cursed to search the seas, he employs a little magic, much amusement and lots of help from his audience mates to regain the gold.

A Clown Concert – A stagehand with the simple task of setting up for a musical recital is too tempted to resist trying his own hand at performance.  The only problem is that he has no idea what he’s doing.  What could possibly go wrong?

A Tale of Two Mozarts – Specially created for LSO by resident conductor Tyler White and actor and scriptwriter Tim Marrone, this dramatic production explores the life of Mozart and his relationship with his father. Underscored by some of Mozart’s most well-known pieces, this concert brings the audience into the colorful story of the famous man behind this music.

Matthew offers a few comic characters that are not what most people think of when they hear the word “Clown.” They fit best into a category that has come to be called New Vaudeville:

The Marionette – A twist on the classic puppet. Matthew hangs from strings attached to a control floating over his head.

The Musician – A tailcoat, a folding chair, a music stand and an instrument. So much opportunity for physical comedy, he may not ever get around to playing a note.

Mr. Smudge- a quiet, clumsy handyman. Classic, baggy pants character. With his toolbox in hand, he’s sure to get into a fix.

Matthew is also available as a walk-around performer for variety & promotional events. 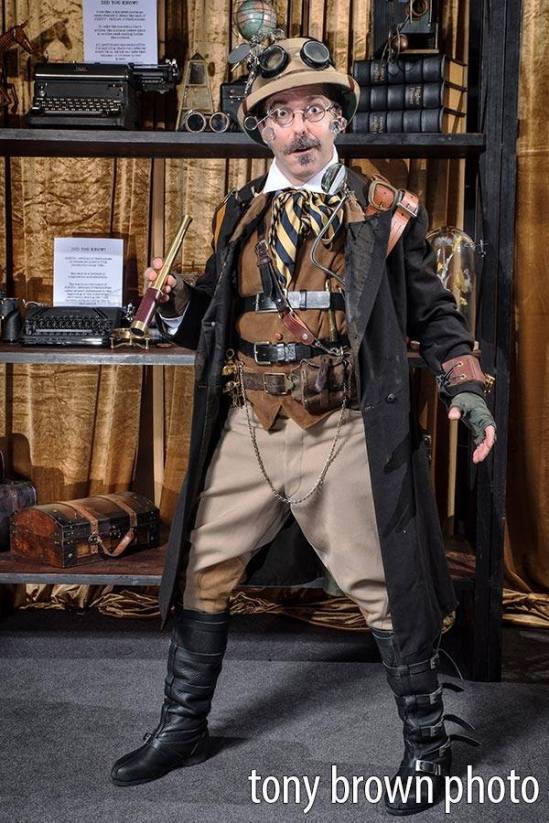